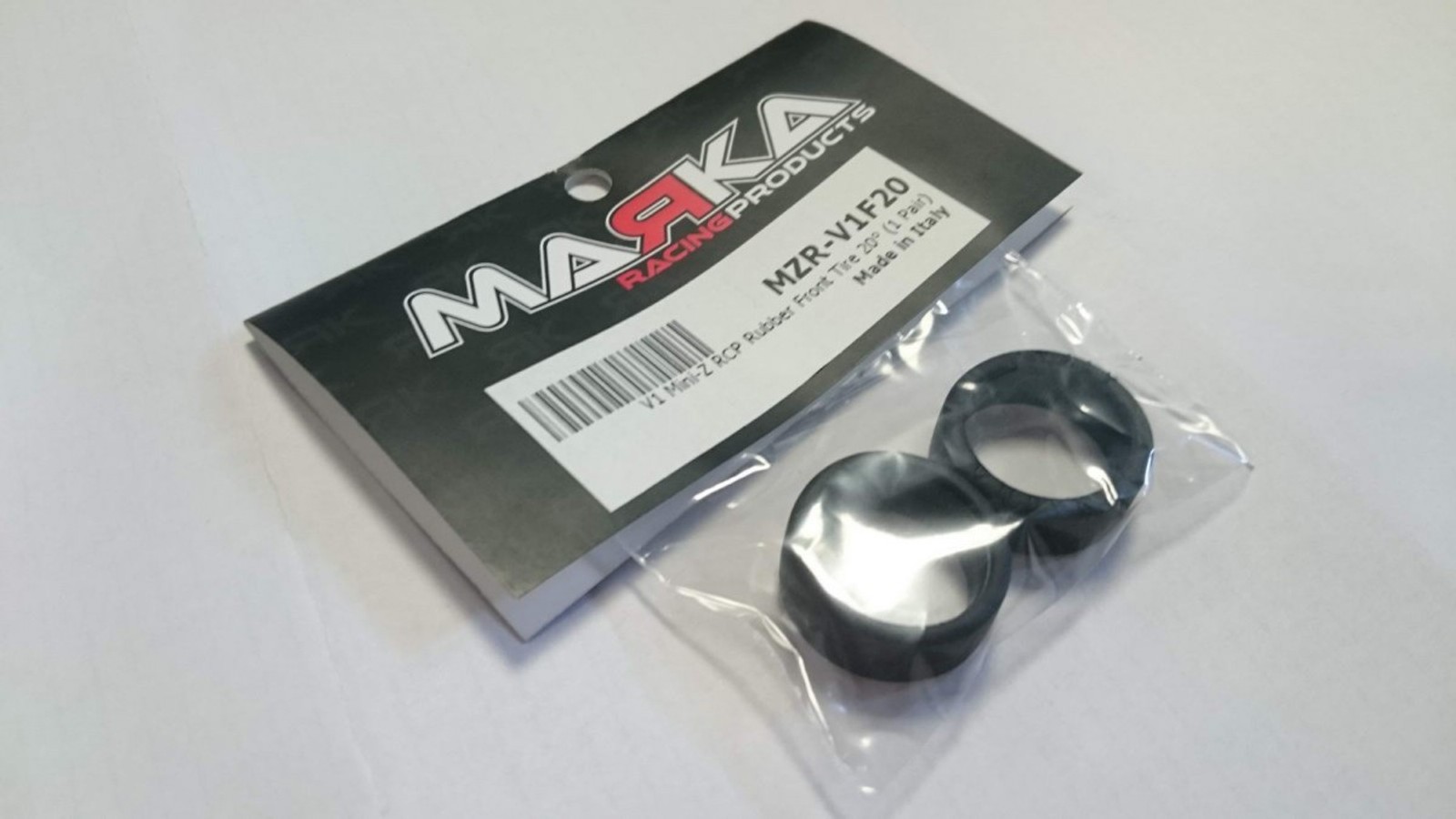 The V1 have more grip than the V5.
The V5 are more stable.

For rear is good V1 for a top driver, V5 for top, medium driver.
All of these tires have many grip.

Marka Racing tires were entirely designed, developed and manufactured in Italy and tested by the high level drivers around the world.
Marka Racing tires for Mini-Z are designed to offer the maximum performance on the RCP / Kyosho tracks and can also be used on other surfaces.
Marka Racing tires have a lower degraded performance than other tires on the market today, ensuring stable performance in each round. The compound of the material garantees the homogenity between different batches produced at different times.

They are produced entirely in rubber, free of silicone, urethane, and ethyl carbamate.

The material does not Contain dangerous components According with the Following Regulations: